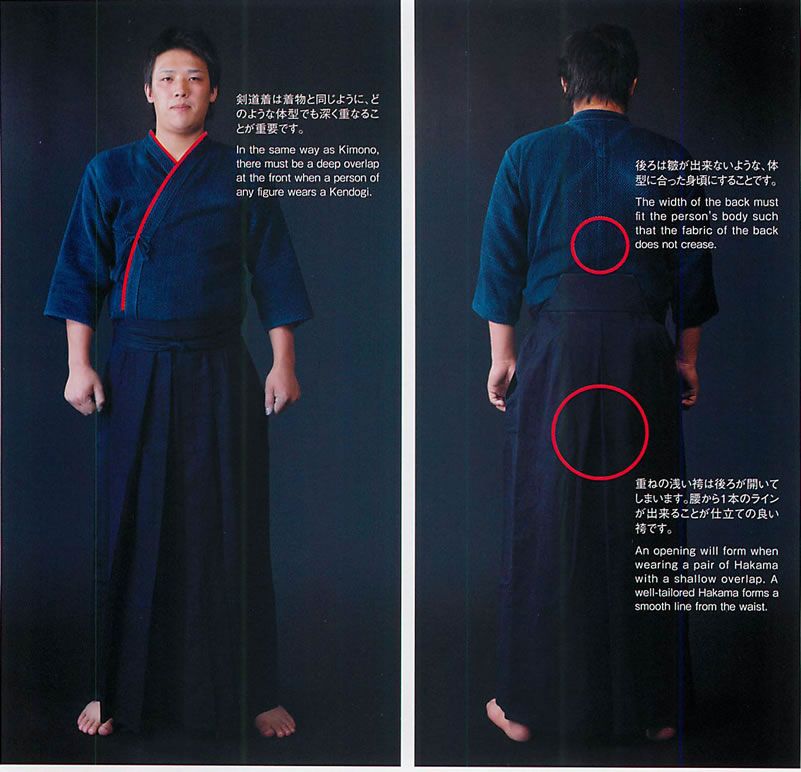 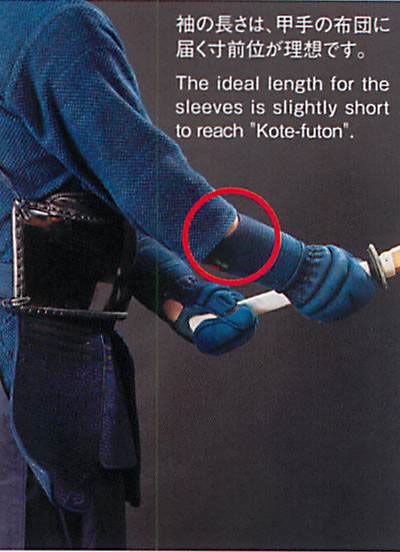 Here’s an instruction on putting on your men.

Regarding the description about the himo length, here’s how you should tie up the end when adjusting: 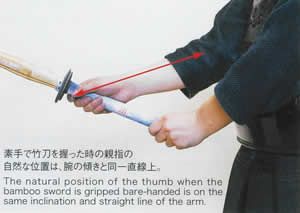 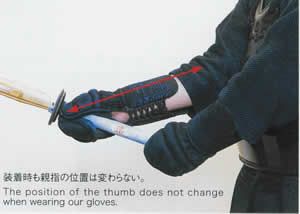 From a kendo documentary…

Before going into training with your aite you bow, and you look into your aite’s eyes and say, “onegai shimasu,” which literally means, “[I] ask for your favor.” You say this with the deference and with the utmost sincerity. There is a saying, ‘have a time of self-reflection after striking, and be grateful after you get hit.’ It’s more important to identify one’s own weakness and cultivate a stronger mind that can overcome than the result of a match.

It seems that when kirikaeshi is taught, especially when done slowly with emphasis on the correctness of the movement, the footwork is supposed to resemble nidan datotsu where the cut is made as the left foot is pulled forward when going forward, and as right foot is pulled backward when going backward. Kendo Shidou Yoru (official instruction manual by ZNKR) only mentions that the ashisabaki should not be an ayumi ashi with no specifics about when the cut is made, but a search on the correct footwork during kirikaeshi seems to result in what I have just mentioned.

Here is a video where Shiraishi sensei (Hanshi, 8 dan) of Marugame Budokan Isshin-kai demonstrates correct form during kirikaeshi, both slow and fast.

A near-replica of Kendo Shidou Yoru on kirikaeshi (in Japanese)

A recent answer to the footwork (forward) by Imafuji sensei

A Kendo World discussion around the footwork during kirikaeshi

Kenshi 24/7 article on Kirikaeshi (no mention of footwork in detail, but listed here as an instructional reference)